skip to main | skip to sidebar

I had a dream. Across the street from me three homeless men were shouting at the passing traffic. A black car drove past with two small children in the backseat.
The men shouted, “Hey kids!”
“You can’t even read,” one man yelled, then they all chorused, “You looooooose.”
I laughed so much I woke myself up.
Posted by Jarred McGinnis at 12.1.11 0 comments

Maybe of the Century

I am in the tub, splashing about in the misery, having the time of my life, toaster held aloft, and my wife comes in and ruins the best pity party of the year.
Posted by Jarred McGinnis at 28.10.10 1 comments

MONDAY The C2 toward Soho. The woman across from me is holding her broken heel. She is putting it in place, willing it to affix itself. She takes out her phone from her bag. Peeking from the zipper mouth is a pregnancy testing kit.

TUESDAY The C2 toward Kentish Town. The bus in front of us clips a pedestrian. He’s down. He isn’t moving. I don’t see blood. Ambulances are already screaming their approach. A businesswoman beside me is in a huff, because the bus driver won’t open the doors to let us out. He does 30 seconds later.
Posted by Jarred McGinnis at 23.6.10 0 comments

You know that guy dancing with the pigeons at Trafalgar? We need to be more like him.

Crowds depress me. They demonstrate how uninterestingly same people are. It's sad that only the insane stand out from the mass. Surely there is a better way to be an individual?
Posted by Jarred McGinnis at 1.4.10 0 comments

What to Do with Your Dead Mom

Since childhood a common discussion with my mother has been her funeral and what to do with her remains. She's firmly in the burn-me-up camp. She has nightmares of being buried alive. Burned alive doesn't seem to concern her as much.


Since I seem determined (her words, not mine) to disappoint her grandchildren ambitions, I have since suggested an alternative. As she'll be long gone (again, her words) by the time I get around to making dribbling crying copies of myself, I've told her that my plan differs from her own. She'll be stuffed in a Bela Lugosi pose. 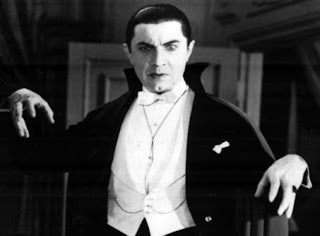 Of course, her eyes will be replaced with flashing red LEDs as is tradition.

The idea being is that even in death she can participate in the rearing of her descendants, as a disciplinary measure. If you don’t clean your room, you're going into the closet with grandmother.

I think ole' Momo is coming around to the idea.
Posted by Jarred McGinnis at 5.2.10 0 comments

The Dreams of My Younger Self

I'm depressed today. I found a crumpled note in the back of my filing cabinet written by my younger self, aged ten. The little Jarred was full of ambition and idealism. Somehow in the course of growing up and becoming responsible, I've lost sight of the dreams that the ten year old Jarred with a red crayon and a goal decided to capture in a simple, maybe naive, to-do list. I am impressed that at that young age, I had the foresight to establish my ultimate goal and devise the necessary preceding steps to achieve it. So, today, in honour of that precocious child, I pledge to no longer neglect the dreams of my younger self. I've tacked above my desk little Jarred's simple list of things to achieve and I'm going to do him proud: 1. Get Rich, 2. Become Above the Law, 3. Raise Private Army and 4.(my goal) Hunt Man for Sport.
Posted by Jarred McGinnis at 29.10.09 0 comments

I happened to be in Paris during their fashion week. I highly recommend it, but not for the reasons you might think. We spent the afternoon sitting outside the Café Ruc. As our bottles emptied, our laughter got louder and our pointing became less discrete. There was of course a share of truly beautiful and well-dressed individuals, but they were a rarity. More often it looked like the circus was in town and the clowns had gotten hold of fake tan and Botox. The flow of fashionista wannabes tended to totter up the Rue Saint Honoré. Out of the hope they were massing in one place like neon-colored ladybugs with eating disorders, we followed. Our hopes were fulfilled at a shop called Colette. S_ went inside. I stayed out.
A large black Mercedes docked at the curb side. The driver got out and opened the back door. A well-heeled gentleman stepped from the car and disappeared into the shop in a swish of camel hair.
A man in a bicycle courier's outfit put his nose against the glass and searched the interior of the car, examining the occupants. He did the same to the passengers in the backseat then back to the front. He did this over and over. They stared forward and pretended that he didn't exist. The lips of the woman in the front seat pursed like an asshole under her perfect quaff.
"Anybody interesting?" I asked the courier.
"No. Just piles of shit in a car," he responded and led his bike away.
Posted by Jarred McGinnis at 25.10.09 0 comments